Methanol was first isolated as a substance in 1661 by Robert Boyle via distillation of boxwood and can be produced via distillation of wood, hence its common name wood alcohol. Industrial methanol synthesis was however first developed during the 1920s based on the Fischer-Tropsh process, a family of processes that convert a hydrogen and carbon monoxide to liquid hydrocarbons. While the process originally used coal as feedstock for synthesis gas natural gas (mainly consisting of methane) is the now by far most use feedstock representing about 70 % of the world production. The exemption is in particular China with a growing methanol production from coal but also South Africa. Methanol production is not however limited to fossil sources, despite that almost all of the production today use them as feedstock. Methanol can be produced from almost all biological materials. Natural gas and coal is of course in essence biological material that has been processed in the earth for millions of years before man had the technology to harness the high energy content to power our daily lives and fuel our economy. Renewable sources such as wood, energy crops, biological or municipal waste can just as their fossil peers be converted to methanol, the challenge is to do it in an economically sustainable way. The environmental prospects continue. Methods to recycle carbon dioxide from earth’s atmosphere are evolving that gives us the possibilities to produce fuel and at the same time minimise the effects of carbon emissions in the atmosphere and make further use of renewable energy resources such as the sun, wind and thermal activities in the earth. Methanol offers possibilities to gradually reduce our independence on fossil fuel by providing a today available fuel that can, with the right incentives, gradually shift source from fossil to renewable. In that fashion methanol is not merely a fuel but an energy carrier. Methanol is a global chemical commodity with production all over the world. A rough estimate of the world production is illustrated in the image below. 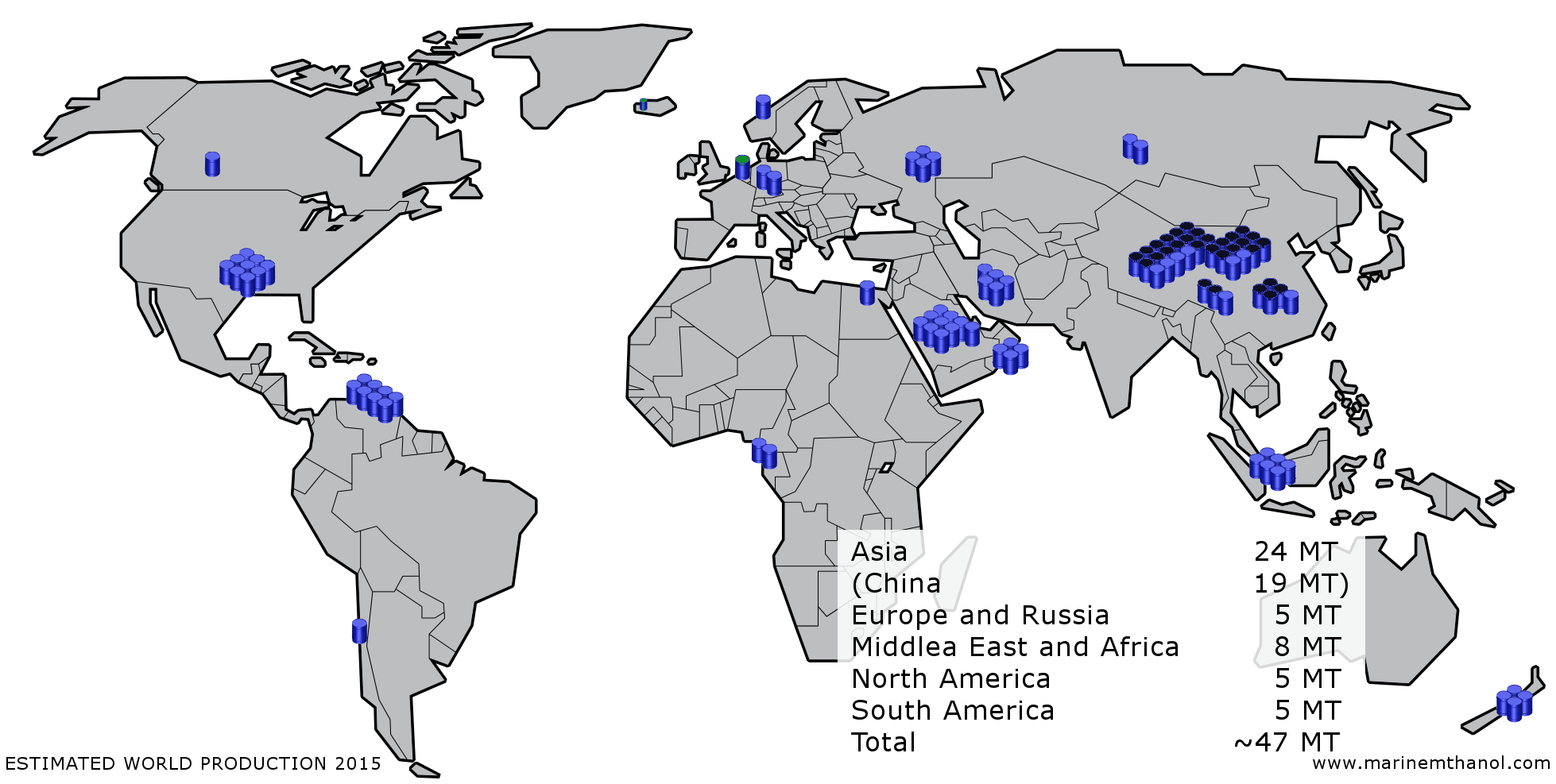